She started playing the violin at the age of six, studying with Pauline Scott and currently studies with Paul Barritt. She has had masterclasses with Vadim Repin, Pinchas Zukerman and Maxim Vengerov. In March 2016 she won first prize at the Oxfordshire Concerto Competition, performing Prokofiev’s second violin concerto with the Oxford Philharmonic Orchestra. 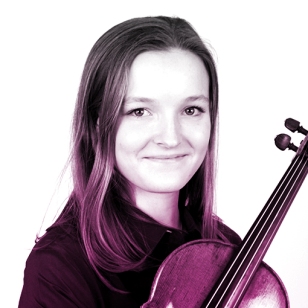 She has given many performances throughout the
United Kingdom, including recitals for Operation
Smile UK and partnering Dame Emma Kirkby in concerts in London and Norfolk.

Recent performances include the Tchaikovsky violin concerto with the Newbury Symphony Orchestra and performances of the same concerto with with the New English Concert Orchestra in the ‘Battle Proms’ which take place at various stately homes (including, Blenheim Palace and Highclere Castle). She has recently been awarded a fellowship with the Southbank Sinfonia for the 2019 season.

Emma’s violin is a Paul Bailly (circa 1890), kindly lent by Beare Violins Ltd.